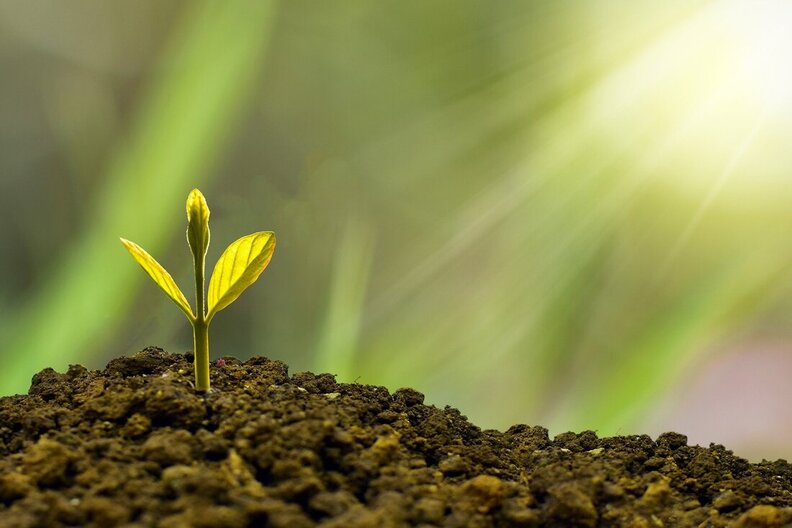 The Parable of the Kingdom

The Parable of the Mustard Seed
Jesus told them another parable: “The Kingdom of heaven is like this.
A man takes a mustard seed and sows it in his field.
It is the smallest of all seeds, but when it grows up, it is the biggest of all plants.
It becomes a tree, so that birds come and make their nests in its branches.”

The Parable of the Yeast
Jesus told them still another parable: “The Kingdom of heaven is like this.
A woman takes some yeast and mixes it with a bushel of flour until the whole batch of dough rises.”

The Parable of the Hidden Treasure
“The Kingdom of heaven is like this. A man happens to find a treasure hidden in a field.
He covers it up again, and is so happy that he goes and sells everything he has,
and then goes back and buys that field.

The Parable of the Pearl
“Also, the Kingdom of heaven is like this. A man is looking for fine pearls,
and when he finds one that is unusually fine, he goes and sells everything he has, and buys that pearl.

The Parable of the Net
“Also, the Kingdom of heaven is like this.
Some fishermen throw their net out in the lake and catch all kinds of fish.
When the net is full, they pull it to shore and sit down to divide the fish:
the good ones go into the buckets, the worthless ones are thrown away.
It will be like this at the end of the age:
the angels will go out and gather up the evil people from among the good
and will throw them into the fiery furnace, where they will cry and gnash their teeth.

New Truths and Old
“Do you understand these things?” Jesus asked them.
“Yes,” they answered.
So he replied,
“This means, then, that every teacher of the Law who becomes a disciple in the Kingdom of heaven
is like a homeowner who takes new and old things out of his storage room.”

In the same way the Spirit also comes to help us, weak as we are. For we do not know how we ought to pray;
the Spirit himself pleads with God for us in groans that words cannot express.
And God, who sees into our hearts, knows what the thought of the Spirit is;
because the Spirit pleads with God on behalf of his people and in accordance with his will.
We know that in all things God works for good with those who love him,
those whom he has called according to his purpose.
Those whom God had already chosen he also set apart to become like his Son,
so that the Son would be the first among many believers.
And so those whom God set apart, he called; and those he called,
​he put right with himself, and he shared his glory with them.

In view of all this, what can we say?
If God is for us, who can be against us?
Certainly not God, who did not even keep back his own Son,
but offered him for us all! He gave us his Son—will he not also freely give us all things?
Who will accuse God's chosen people? God himself declares them not guilty!
Who, then, will condemn them? Not Christ Jesus, who died, or rather, who was raised to life
and is at the right side of God, pleading with him for us!
Who, then, can separate us from the love of Christ?

Can trouble do it, or hardship or persecution or hunger or poverty or danger or death?
As the scripture says,
“For your sake we are in danger of death at all times;
we are treated like sheep that are going to be slaughtered.”
No, in all these things we have complete victory through him who loved us!
For I am certain that nothing can separate us from his love:
neither death nor life, neither angels nor other heavenly rulers or powers,
neither the present nor the future,
neither the world above nor the world below--
there is nothing in all creation that will ever be able to separate us
from the love of God
which is ours through Christ Jesus our Lord.